Many cell phone users remain confused on what it means to unlock a phone. Most commonly, this term is used to describe the process of removing restrictions placed on using a GSM cell phone by the manufacturer. These restrictions are intended to prevent the mobile phone from being used on competing cell phone carriers or to limit what applications can be installed on the phone. As a result, if the consumer desires to use their phone outside of the local coverage area, high roaming charges can result. These charges only benefit the mobile company while having a negative impact on the cell phone user’s pocket book. As a result, a common task that arises for GSM phone users is determining how to unlock a phone to use with other mobile carriers or prepaid GSM chips.

Will Cell Phone Carriers Unlock a Phone For You?

It depends on the cell phone carrier. Some will provide consumers the unlock code after a set number of days or at the end of the initial contract. U.S. based T-Mobile is the best known major American company that will provide unlock codes to consumers after three months of use. AT&T is known for never assisting customers with the locking process. Other U.S. mobile carriers having policies that fall somewhere in between these two companies. Before paying money or taking manual action to unlock a phone, a best practice is to ask one’s mobile carrier if they will unlock the phone for no or low charges.

What is the Legality of Unlocking a Phone?

determined to be legal under fair-use rules. Cell phone manufacturer and carriers are still free to void mobile warranties if a phone has been unlocked.  This results in the consumer assuming personal risk when unlocking a phone.

What is the Difference in Unlocking and Jailbreaking a Phone?

A common misperception amongst consumers is understanding the difference between unlocking and jailbreaking a phone when discussing the iPhone. An unlocked phone is able to be used with a different phone carrier than originally intended. Jailbroken iPhones; however, are able to install and run applications sponsored by a third party that is not Apple. Ironically, the iPhone requires jailbreaking in order to unlock the phone using software. Various versions of the 3G-GSM iPad already ship from the factory unlocked world-wide and the iPhone is supported by multiple cell phone providers (outside of the United States).

What Information Is Required to Unlock a Phone?

Independent on what approach is taken to unlock a phone, there is common information that needs to be collected to proceed with the process. This includes:

The network (and country) to which the phone is locked.

The phone’s manufacturer and model number.

The phone’s IMEI number. This is a 15 digit serial number that users can find by typing *#06# on the phone’s keypad. On the iPhone, the information can be found by selecting “Settings,” “General,” and “About” from the phone’s main menu.

What Options Are There to Unlock a Phone?

Independent of brand or model of phone, there are five well-known methods for unlocking a phone. These include: using a phone unlocking service company, equipment, or a service provider, by sending the phone in, or by unlocking the phone manually. Each method has different advantages, drawbacks, and costs based on the consumer’s level of expertise, available budget, and timeframe the phone is required to be unlocked.

There are a number of companies and websites that offer phone unlocking services for a fee. The phone must be a GSM compatible phone with SIM card. Most will require the user to pre-pay and then send the phone’s IMEI number to the company that is hired to do the work. The unlock code will then be generated and emailed back to the user. For a warning; however, there are also a large number of fraudulent unlocking companies online that will simply take payment from consumers and not provide an unlock code.

If you have a Nokia phone, you can visit Unlock Nokiafree to obtain the appropriate code for your phone. When visiting a website to obtain an unlock code, you will be required to enter the phone’s IMEI number and the current network that has the phone locked. A code will then be generated that looks similar to: #pw+2746763089+1# for Nokia phones or *2767*637# for other phone models. Vodafone also provides a free unlocking service for phones purchased from the company requiring the IMEI number to generate an unlock code. The process to continue with the unlocking process is to then remove the SIM card and insert a card from a different network. After the new SIM is inserted and recognized by the phone, enter the unlock code. For most phone models, you will only have 5 opportunities to enter the correct code before the phone becomes hard locked.

Another option for consumers to unlock a phone is to use specific unlocking equipment to conduct the work. These products or gear are either very brand and phone model specific or general in nature. The cost for purchasing phone unlocking equipment can be prohibitive when compared to hiring a company or individual to do the task. The cost of unlocking gear will range between $199 to in excess of $1,000 depending on the number of brands and phone models supported by the gear. Most of the time, professional technicians or individuals going into business that requires the ability to unlock phones purchase this type of equipment.

Sometimes a cell phone provider will unlock a phone on request of the consumer. Depending on the company, the unlock task may require that a certain number of days have elapsed on a contract or that the initial contract has been fulfilled. Some companies will also require an unlocking fee in addition to several weeks’ notice depending on the nature of the cell phone plan agreement. Other organizations, such as AT&T, are known for never providing the unlock code to the consumer.

Unlocking a Phone by Physically Sending the Phone to the Company

Another alternative to unlock a phone is to physically send it to a company that specializes in this type of service. Although dependent on the speed of the mail delivery service, these companies will typically provide a money-back guarantee to the customer if unable to unlock the phone. Another concern that arises with consumers using this method has to trust the company with the private information (texts, phone numbers, emails, documents, images) that may be stored on the phone and susceptible to theft.

For the Do-It-Yourself crowd, it has become increasingly popular to unlock a phone without using a service provider. There are a large number of phone unlocking forums on the Internet that provide unlock codes or the ability to determine the unlock code for various phone brands and models. Some models of phone will require that you download software written to determine the unlocking code based on the IMEI number, phone network subscribed to, and model of phone. Once you have the unlock code, remove the SIM card from the phone. For most models of phone, this is the point that the unlock code should be entered disregarding any spaces in the code. After entering the code, the phone should display a message equivalent to “SIM is not restricted” or “Restriction off.” If you see the message, “Cannot undo restrictions,” then the phone is likely hard locked.

The Problem with the iPhone in the United States

The iPhone was initially available only to AT&T customers in the United States. The phones have since been made available by other service providers during 2011; however, are not sold unlocked to the customer. Depending on one’s service provider, they may or may not be open to unlocking the iPhone for use on international travel. Some U.S. service providers are reported to use the request as an opportunity to push “international calling and data plans” on the end-user. The SIM chips on GSM compatible U.S. iPhones can be removed in order to use a prepaid chip while overseas, but still require that the phone be unlocked.

What Are the Options to Unlock the iPhone?

Similar to other models of phone, consumers have several options available to unlock an iPhone. These include using a phone unlocking service found online, sending their phone to companies that specialize in unlocking iPhones, or unlocking the phone using freely available tools found online. These include the Pwnage Tool, Sn0Breeze, and Redsn0w for those users determined to jailbreak their iPhones. Once the phone is jailbroken, it can be unlocked using Cydia. For the average consumer, it is less risky to make use of an unlocking service found in the local area than to devote the effort to learn the applicable tool to unlock the iPhone.

What is the Pwnage Tool?

The Pwnage Tool is now released as freeware by the iPhone Dev Team, but is not open source. The software package creates a custom firmware file for the iPhone that runs unsigned code or applications. The Pwnage Tool is not a firmware specific hack which lets end-users run it on a wider variety of iPhone firmware installations. The tool only supports the Mac OS X operating system and is also commonly used to remove the standard Apple boot logo. The software also supports “Un-PWNing” the iPhone back to Apple approved firmware if the device has to be sent in for repair or there are issues from jailbreaking the phone prior to unlocking the device.

Sn0wbreeze is a parallel software build to the Pwnage Tool that is made to specifically support the Windows OS. The software package will build custom firmware for the phone, set root partition sizes, and install SSH on the phone. The tool is developed by iH8sn0w as a separate effort from the iPhone Dev Team. The use of the program is similar to using the Pwnage Tool but does require an above-average level of knowledge about the iPhone to jailbreak and then unlock the phone.

Unlocking the iPhone after Jailbreaking

Once an iPhone is jailbroken, it can be unlocked to use on any supporting mobile phone carrier. One of the more popular options for unlocking the phone is to use the Cydia Installer.

Step 2 – Choose the “Manage” menu tab and then select the “Services” menu option.
Step 3 – Press the “Edit” and then “Add” menu tabs.

Step 4 – Add the Cydia URL to the list of “user sources” and initiate installation.

Step 5 – Confirm that you want to install Cydia.

Step 6 – Launch the Cydia app after installation. Then, turn off the iPhone.

Step 7 – Insert the new SIM card and the iPhone will be unlocked.

The Dangers of Unlocking an iPhone

The first danger with unlocking an iPhone is that the warranty with Apple is voided. Although it has been legal to unlock phones in the United States since 2010, Apple is still of the opinion that jailbreaking the device results in copyright infringement and can result in potential damage to the phone. Apple also states that once an iPhone is jailbroken, they can no longer protect the content or security of device making it open to attack by rogue hackers. Despite this stance by Apple, there are a large number of consumers who prefer to jailbreak and unlock the iPhone to either use overseas without paying significant roaming costs or to expand the options available for software and app installations. Manually jailbreaking an iPhone incorrectly can result in a loss of the phone in the worst case. Although the original firmware can be reinstalled in many cases, it will result in a loss of service for the consumer until repaired. 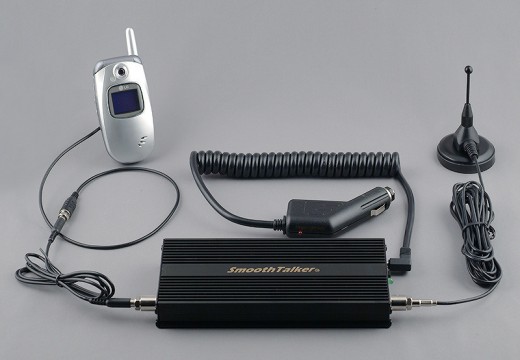 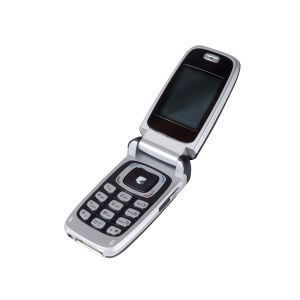