Like resistance, all materials have a specific amount of reactance, measured in Ohms. However, while resistance is a quality of a material that never changes, reactance changes whenever a frequency within the circuit does. This is because when a circuit produces a high frequency, electrons within a capacitor flow much faster and do not build up as much of a charge. When a circuit produces a low frequency, however, electrons within a capacitor flow slower and tend to linger around one side of the capacitor. This inevitably creates a limit to the potential charge a capacitor can build up before it switches polarity and loses its charge. 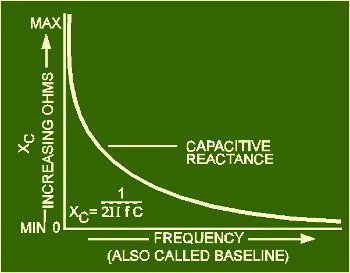 Capacitive reactance can be seen in any circuit that switches frequency on a regular basis. For example, wireless devices often receive signals from multiple frequencies simultaneously for compatibility reasons and tend  to exhibit large amounts of capacitive reactance. Likewise, city-wide power grids handle high frequency alternating current that produces multiple frequencies and may receive interception from other electrical sources such as radio waves. 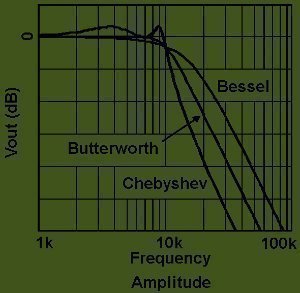 A Butterworth filter is a signal processing filter that has an extremely flat frequency response ...