A thermocouple is a temperature probe that uses two dissimilar metals join at two places. The voltage created when the metals are subjected to a temperature gradient is used to calculate the temperature. There are many different types of thermocouple, each designed for a specific temperature and sensitivity range. 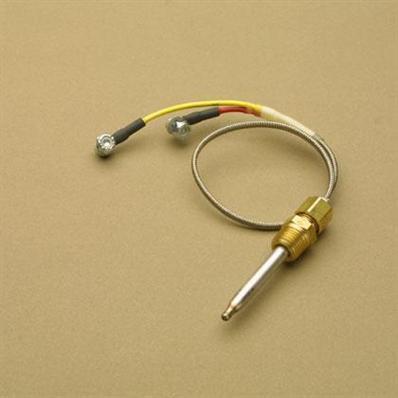 Thermocouples use a wide variety of metals such as iron, nickel, platinum, copper, and tungsten. They also use metal alloys such as chromel, constantan, and nicrosil. Thermocouples are identified by a capital letter marked on them. Type K are used for general use, type E are used for cryogenics, and type C are used in high temperature furnaces. There are many other types, each named after a capital letter.

A heterodyne is a circuit that transfers a signal from one carrier wave to another ...

Quadrature Amplitude Modulation (QAM) is a complicated name for a simple technique. In the simplest ...