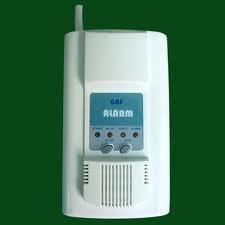 To understand how combustible gas detectors work, one must first understand that there are two main types of combustible gas detectors: infrared and catalytic. Infrared sensors use an invisible beam of infrared light, much like a laser pointer or remote control, between a light transmitter and a light receiver to detect the presence of combustible gases. When a gas passes through the beam of infrared light, the beam is distorted and the detector’s built-in computer system can recognize what kind of gas it is based on the way the light is distorted. Catalytic sensors use a copper wire coated in platinum to oxidize any gases that happen to come in contact with it, producing a low level of heat that changes the wire’s resistance. Again, the detector’s built-in computer can indicate the change in resistance and set off an alarm.

As was mentioned in the previous paragraph, the two most popular methods of combustible gas detection are through the use of infrared and catalytic sensors, each of which has its own advantages and disadvantages. Infrared sensors are more durable and last longer because the gases do not come in contact with the actual detector. Flooding does not affect infrared sensors and they require less calibration due to the detector’s ability to constantly realign its beam. Catalytic sensors are less susceptible to interference from dust and dirt, can detect most hydrocarbons and hydrogen, and humidity, condensation, pressure, or temperature do not affect them.

Combustible gas detectors are widely used for safety purposes including alerting the user to toxins, fire, and other harmful materials as well as preventing exposure to these substances. Miners frequently use combustible gas detectors to detect the presence of combustible gases inside mine shafts, underground tunnels, and beneath rock. This is very important because flammable and explosive gases are often found in areas known as “gas pockets” within mines. When miners dig into these gas pockets, a fire or explosion is likely to occur and a fallout can injure, trap, or kill the miner. Likewise, toxin and poison control specialists often use combustible gas detectors to scan war zones and crisis areas before allowing unprotected personnel into the area.

Where To Find Combustible Gas Detectors