How Safes Are Made

Known under the generic name of safe or safe box there is a very broad set of constructions. From simple home safes used to keep personal documents, to bank safes which include special building construction and security measures. All safes are sturdy constructions made of metal (most with different layers) and a removable part (or door) secured by a lock.

Safes are designed to resist heat, concussion, and other forms of physical attack. The scientific advances in the area of metallurgic and materials come hand to hand with the construction of better safes. To make a safe fire and burglar resistant is not an easy task, most safes are optimized for one task and they are weak when dealing with the other (fire safes have less metal and more insulation than burglar safes).

There are two main elements in a safe: the box and the lock.

What is the reason behind the mild steel skin? 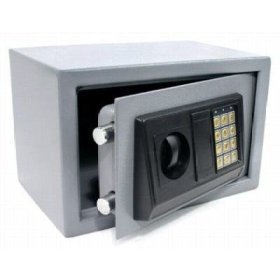 There is one essential theory of metallurgy that applies to safe construction: hard and strong materials crack under repeated shock force. The mild steel skin protects from shock force, it might deform but it will not crack as easy as its hard counterpart.

The mechanism to open a safe is the lock. The lock can be mechanical or electronic and it is designed to provide a high level of security against manipulation.

The time lock is a clock operated mechanism fitted to a safe or vault door with no outside connections; once the lock activated and the door is closed, there is no other means to open the door until the setup time.

Fire safes are designed to protect against high temperatures and they are not optimized against burglary. They are mainly used to protect documents. The materials used need to be non-conductive of heat and incombustible. Some of the isolation materials used are wood chips, diatomaceous earth, Portland cement, vermiculite mica and gypsum (or combinations).

Banks and other institutions allow customers to deposit money after hours through night safes. They usually contain

There are three main designs, the deposit drawer is always located on ground floor for obvious reasons, but the receiving safe location is different en each model. It can be:

Safe deposit boxes are one of the most profitable services offered by banks. The container is not safe in itself, but it is stored in a secure strongroom.

In these safes, two locks are operated in tandem: one used by the customer and one by a member of the bank. Both sets of levers must be aligned simultaneously in order for the bolt to slide. A second system replaces the bank key by an electronic key that opens during a specified time window if the consumer is in possession of his own key.

Vault Walls: They are made of a mid-layer of strong material sandwiched by two layers of mild steel. In some vaults, glass panels are inserted to trigger relockers if they brake.

Vault Doors: They are heavy doors (many tons) formed by many layers of steel and other barrier materials optimized to resist forced entry. The opening system consists of an intricate boltwork and several combination locks. Thereare six primary components: bolt control handle, key lock, combination lock, hinge, hinge bolt, day door in a strongroom, protective barrier layers, boltwork. Depending of the attachment procedure, they are called grouted (cemented) or non-grouted. As a safety measure, all vault doors are equipped with an internal release to open the door in case someone is accidentally trapped in it.

Gun safes are specialized safes which are designed to store firearms and protect them from both theft and fire.

Large gun safes are used to protect all types of firearms, and small gun safes exist to store only handguns.

Safecracking is the art of penetrating safes by force. To open a safe is an art that require a deep technical knowledge and the correct equipment. Technicians are called to open safes by force when there is, for any reason, malfunction of critical components.

The process to penetrate a high security safe is extremely complex. The tools of the trade are drills, hammers, levers, thermic lances, torches and explosives. Drilling is an especially delicate matter.

Courses and hands on information are restricted to law enforcement and government agencies.

Penetration of Safes and Vaults via Drilling

There are different ways to tackle the opening of a safe or vault. Other than manipulation, drilling is the primary technique. A hole is drilled near the lock to access the wheel. Optical devices are used to see the indentations; the most accurate of these devices is the borescope. Another small hole is drilled in other part of the box to allow light inside.

Using the borescope, the gates of a wheel combination lock can be observed and aligned. Each wheel is rotated following the sequence of the normal opening via dial. Most of the time there will be barriers around the lock to protect from drilling: extremely hard materials to make drilling more difficult and time consuming and/or Herculite glass that breaks when touched releasing relockers.

The first versions of safes where built in medieval times, they where wooden chests reinforced with hammered iron bands. Originally, the reason was esthetic. The following effort can be found in cast iron chests.

With the advance of metallurgy in the eighteenth century, safe makers had access to the technology required to build secure safes – secure enough to frustrate attacks. Safecracking as a “technical discipline” started then.

The origins of the modern safe can be traced to England in the nineteenth century. In 1818 Charles and Jeremiah Chubb patented the first secure lock mechanism known as Detector Lock. In 1835, Chubb patented a burglar-resistant safe and in the 1870s the time lock was invented. Even with the technology advances of these two centuries, the -present locks and time locks follow the principles of the original Chubb systems. Interesting enough Chubb’s company is still making locks and is now a multinational enterprise with other security activities added.

The four dimensions are concepts in mathematics to describe different shapes. It is easy to ... 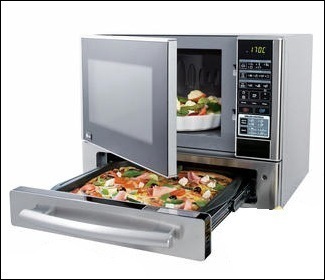 When looking at a microwave, one of the things they often times see is a ...

Why is Geography Important?

While many of us labored to learn geography in school, we always wondered why it ...