A rheometer is a device that was developed to measure how a liquid’s suspensions or slurries flow when force is applied to it. Many fluids can be tested with a rheometer when a single numerical viscosity value cannot determine them due to their components. A rheometer can also be used to discover the additional parameters and values that a viscometer can correctly measure. In other words, the rheometer tests a fluid’s rheology.

There are two types of rheometers that test a liquid’s rheology. There is an applied shear stress/strain option that is known as a rotational/shear rheometer. It is designed to measure native strain and can provide valuable data for measuring the liquid’s shear stress. The other type is a native stress controlled rheometer. It is used to control the application of a defined stress/shear that measures the strain of the shear as a result. 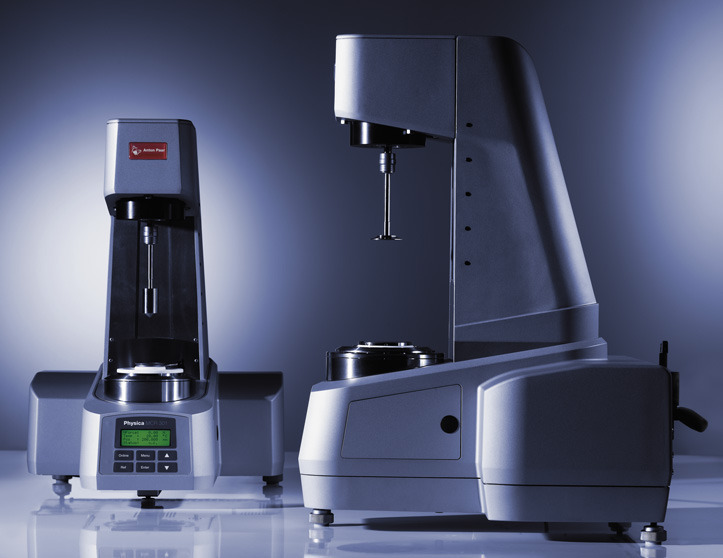 What does Rheometer Mean?

The word Rheometer comes from a Greek word that means “measuring flow.” Therefore, the device created for this task was dubbed the rheometer. The word rheometer has historically been used to refer to different types of measurement devices. First, it was the name of the device that measured electric current until a new word was created to replace it (the galvanometer or ammeter). It was also the name of the medical tool used to measure blood flow. Rheometer was also the name of the civil engineering tool used to measure water flow. After the term rheology was defined, the tools previously referred to as rheometers were renamed.

There are a wide variety of rheometers that measure shear in different ways. Though these have slight differences, they generally offer the same kind of information. The following are the available shear rheometers:

Pipe or Capillary – The pipe or capillary rheometer is designed to measure a liquid that is forced through a tube. This makes it possible to measure a constant cross section and dimensions that define the laminar flow of the fluid. Shear rate can be determined via the dimensions measured from the liquid’s flow rate and pressure drop, which are converted into the proper shear stress measurement.

Rotational cylinder – This is a cylinder and a one-plate measuring system, where the liquid is placed within the small ring space of a cylinder that is inside another. The cylinder is then rotated at a speed that makes the shear rate measurable. The torque of the force that is needed to turn the other cylinder is then used to convert the shear rate into shear stress. A modern day rotational cylinder apparatus may be able to spin at 600, 300, 200, 100, 6 & 3 RPM to measure the shear stress of fluids. Modern day options can also be programmed to measure these values at changing intervals, which can measure important time based readings.

Cone and plate – Here, a liquid is placed on a flat plate as well as a short, shallow cone that is placed on top. The cone is typically at a one degree slant. The plate is rotated and the force exerted on the cone is measured. Oscillating versions of this rheometer can measure additional values such as elasticity.

An extensional rheometer is much more complicated than the other types and are used via three major steps. The test fluid must be tested for a homogenous extensional flow. A melt’s test fluid is used. It is stressed enough to determine the shear flow and is used with the fluid elements’ strain history so that the strain rates are high enough to be stretched some more. The deformation rates and the fluids’ travel distance and polymeric chains must be tested to get data about the homogenous extensional flow necessary for this application.

Since this technology is better suited for commercial uses, several commercial extensional rheometers have been created for various applications. They can determine viscosity ranges and measure a material’s viscosity through a variety of different Pa.s viscosity range values. These devices create materials that have many uses such as loosening adhesives, pumping hand soaps, and handling liquid food products. They also produce materials that undergo tensile deformation while being processed. These include injection molding, fiber spinning, extrusion, blow-molding, and coating flows.

Commercial Extensional Rheometers
There are a few commercial extensional rheometers that are used in many different applications. Below is the list of options that are/were available:

Rheometers handle polymeric melts that are tested through fiber spinning. This is done by pumping up a stream of material that wheels elongate. A force transducer that is mounted on the wheel measures the material’s extensional force. It is difficult to obtain extensional viscosity with this tool. The Rheotens is useful for comparing homologous sets of materials’ (that are used in the device) extensional flow properties.

By placing a small amount of material between plates, the material can be stretched to a fixed level of strain rapidly. Tension, Gravity, and visco-elasticity are measured when the filament neck breaks. The extensional viscosity can then be extracted from the data received from measuring these and create a function of strain and strain rate. The CaBER is most ideal for inks, paints, adhesives, biological fluids, and other low viscosity fluids.

The FiSER basically gets the strain rate from samples through an exponentially increasing velocity. It drives the material through motors that tear the filaments apart in order to measure force and diameter as a function of time and position. This deformity, which is witnessed at an exponentially increasing rate, will then achieve a constant strain rate for samples. With this system, the strain dependent extensional viscosity and stress decay can be measured even after the flow of the material has stopped.

The Sentmanat extensional rheometer (SER) is a fixture that is installed on existing shear rheometers in the field. A polymer field is then wound on two rotating drums. This provides a constant or variable strain rate that causes the resulting polymer film to have an extensional deformation. The torque that the drums exert allows one to derive the stress value.

The law of universal gravitation gives the attraction force between two objects due to gravity. ...