What Causes Windows Explorer to Crash?

Although its common for users to blame Microsoft for all crashes or faults of the Operating System, Windows Explorer crashes typically occur from conflicts created by program installers of third-party software creating “useful” additions to the “Properties” menu of Windows Explorer. These functionalities are added through the “Shell Scripts” used by the third-party applications to add short-cut menu items to files to let users run the program directly from the file menu. Errors in these shell scripts don't necessarily result in direct Windows Explorer crashes, however, as they can also show the following symptoms: 1 – Windows informing the user that it must restart Explorer, 2 – File Folders that “Hang” or result in significant delays with no warning, 3 – Windows Explorer crashes when choosing a contextual menu, or 4 – Contextual menus taking a significant amount of time to open. 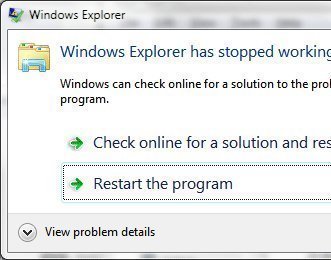 Step 2 – Double-click the “My Computer” program icon on your computer's desktop. Right-click the “C” or “Local” hard drive and select the “Properties” menu option.

Step 3 – Click the “Tools” menu label and select the “Check for Errors” menu button. This will check the hard disk for errors and correct which could be another cause of Windows Explorer crashing on your computer.

Step 4 – Disable the Windows Explorer Preview Pane to see if that keeps the application from crashing. To disable this option, select the “Organize,” “Layout,” and “Preview Pane” menu options.

Step 5 – If Explorer continues to crash, choose “Organize,” “Folder and Search Options,” “View,” “Advanced Settings” and then click “Launch Folder Windows in a Separate Process” followed by “Apply” and the “Ok” menu buttons.

Step 7 – Run the Shell Extension manager and sort the installations on your computer using the program menu tabs to sort Microsoft extensions from third-party programs. Remove the most recently installed program extensions progressively until Windows Explorer ceases to crash.

Step 8 – Restart your computer after finishing removal of the third-party shell extensions installed on your computer in step 7 and Windows Explorer will no longer crash.

The file msdtc.exe is the main component of the Microsoft Distributed Transaction Coordinator (MSDTC) by ... 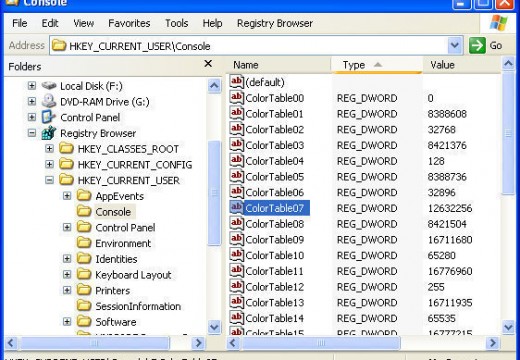