What is Ground Start?
Ground Start or GST is a signaling technique for telephony from a terminal, or a subscriber local loop, to a telephone exchange in which a party gets a dial tone by momentarily grounding one side of a (telephone) circuit. The Ring side of a wire pair is usually the side that is grounded.

Ground Start vs. Loop Start
Loop start is the other method for connecting to a Central Office (DCO). The issue with loop start lines connecting to a PBX is that the PBX and central office can both seize the line simultaneously, but since neither gets the response it is expecting, the call is not initiated. The resulting condition is called “glare” or call collision.

GST systems are expensive to build and maintain, as both ends of the system must utilize the same reference “Earth” ground. But because of this requirement, ground start systems are better able to prevent both ends of a line from initiating a call at the same time and stepping on each other, which creates glare.

Many PBX systems will work on both Loop Start and Ground Start types, but GST trunks are preferred because call collision or “glare” is much less likely.

Technical Explanation of the Ground Start Process
In an idle circuit, the central office supplies -48V (nominally) on the Ring side and open on the Tip (further explanation for Tip and Ring can be found here). A ground start PBX initiates an outgoing trunk seizure on an idle circuit by connecting of the Ring lead to ground (maximum local resistance of 550 ohms). The central office senses this condition and grounds the Tip lead. When the PBX senses this, it goes off hook, then removes the ground on Ring. The central office sends dial tone and the rest of the call proceeds normally.

In ground start signaling, the central office initiates a call by grounding Tip and putting the ringing signal on the line. The PBX has 100ms to sense this condition. The PBX goes off hook; if it had been trying to seize the line by grounding Ring, it releases Ring from ground and the call proceeds normally.

A PBX user must be careful to order the correct type of trunk line from the local phone company and correctly install the telephone system at the PBX end — so that they match.

Line equipment in most 20th-century central office switches had to be specially rewired to create a ground start DDCO line. Crossbar switch used a paper sleeve on the Vertical Off Normal contact, 5ESS switch by translation, and DMS-100 by a slide switch on the line card, all according to what the customer ordered.

Telephone voltage is actually related to the physical distance at which you can operate the ... 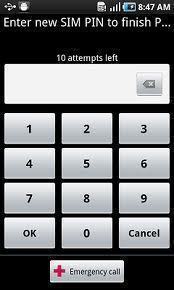